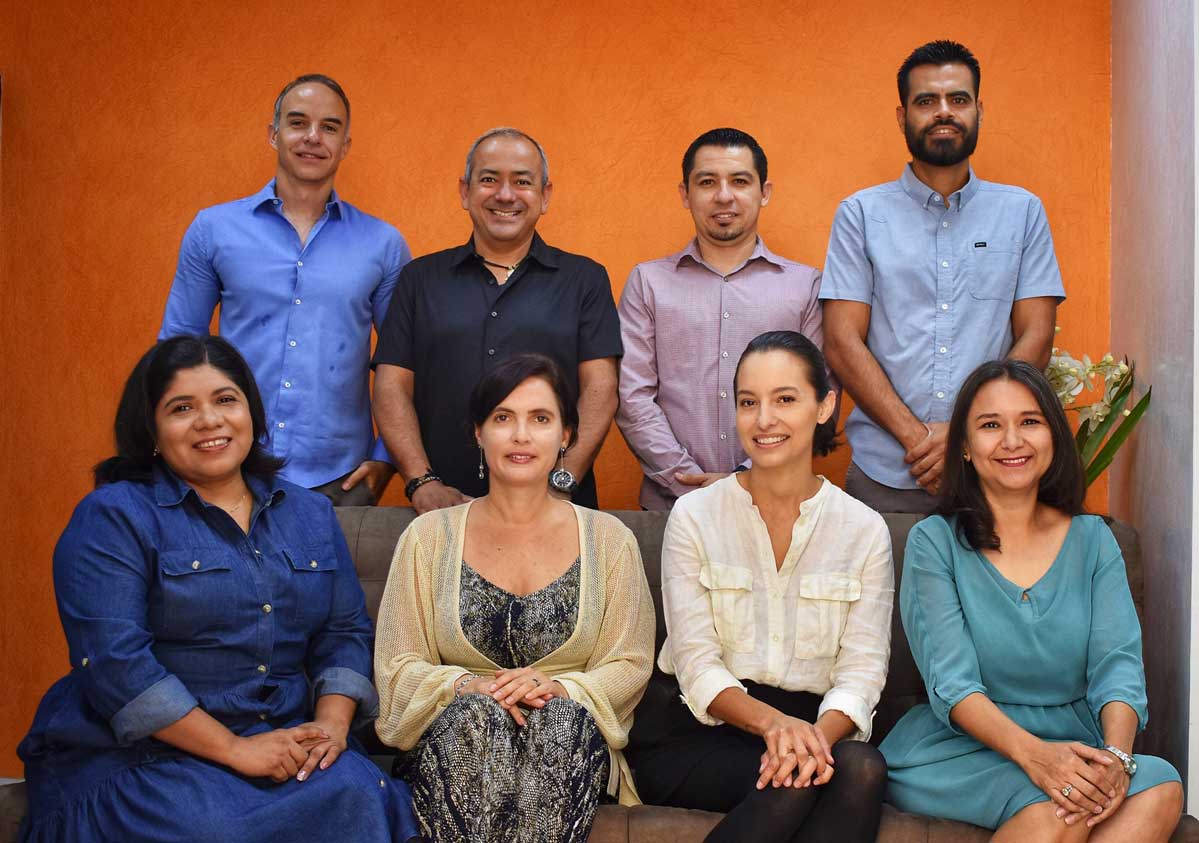 Our internal team is integrated by bilingual, English spoken, licensed attorneys. Some of them have studies and working experience abroad (in the U.S.A. and Europe), and some others Master of Law Degrees in the U.S.A. Our team knows the American & Canadian culture as no other team in the local market. We know the high standards required by foreign clients, and we have been able to satisfy those standards.

Our external team is formed by appraisers, title researchers, notaries, governmental solicitors, topographers, home inspectors and many other services providers. Our long-term relationship with our external team is the key to our success. Knowing who the best in town is has allowed us to build the best team in Baja California Sur.

We have a strong presence in Baja California Sur and our good reputation can be confirmed by realtors, brokers, lenders, trust bank officers and other main players in the real estate market.

Founding partner of P&H Closing Services. Mr. Pedro Perichart completed his Bachelor’s Degree in Law at the ITAM School of Law in Mexico City. In the years 1999-2001, Mr. Perichart worked at the law offices of Santamarina y Steta, S.C. In Mexico City, specializing in corporate law. From August-December 2001, Mr. Perichart participated in an exchange program with the Copenhagen Business School, in Copenhagen, Denmark, where he took Master level courses in international law and European Union law. In the year 2002, Mr. Perichart decided to join Solórzano, Carvajal, González y Pérez-Correa, S.C. (SOLCARGO), in Mexico City. In the academic year 2004-2005, he obtained his Master of Law Degree (LL.M.) from the University of Georgia School of Law, U.S.A. After receiving his LL.M. degree, he decided to return to SOLCARGO where he was transferred to its Los Cabos Law Office in January, 2006. Since then he has specialized in cross border & real estate transactions. He has been working as Manager of P&H Closing Services since 2007 up to now. Languages: Spanish and English (100%).

Founding partner of P&H Closing Services. Mrs. Hanakova obtained her Master of Law degree at Masaryk University in Brno, Czech Republic in 2002. In the years 2003 – 2004, she worked as an Intern in an American law firm (Griffin & Hackett, P.A.) in the State of Delaware, U.S.A. Her practice focused mainly on real estate law. In 2005, she completed a Master of Law Degree (LL.M.) at the University of Georgia, in Georgia, U.S.A. After receiving her LL.M. degree, she worked in the years 2005 – 2006 as a Junior Associate in a Czech law firm Glatzova & Co., in Prague, Czech Republic, focusing mainly on real estate and corporate law. In the years 2006 – 2007 she worked as an international associate in a Mexican law firm Solórzano, Carvajal, González y Pérez Correa, S.C. in Los Cabos, B.C.S. She has been working as Manager of P&H Closing Services since 2007 up to now. Languages: Czech, English and Spanish 100%.

Mrs. Robles earned a degree in business administration from the Instituto Tecnologico de Sonora ITSON in 2003. After college, she moved to Vancouver Canada for 8 months to improve her English. In 2004 she relocated to Cabo San Lucas, working in administration areas at companies such as The Nowhere Bar, Cabosailing and The Portus Group (real estate/development). In 2016 she completed her studies, earning a masters degree in psychology. In 2019 she joined P&H Closing Services where her work is focused on Administration.

Mr. Gonzalez obtained his bachelor degree in Business Administration from the Universidad Autónoma de Guadalajara, and in 2003 he coursed a certification program in Real Estate Law at the Universidad en Estudios de Posgrado de Derecho. He has been working in real estate law for the past 15 years, specializing in title searches & reports with validity for the main title insurance companies such as Armour Secure Insurance (formerly Fidelity National Title), Stewart Title Guaranty de Mexico, First American, Chicago Title, among others. He also handles real estate closings. Mr. Gonzalez is fluent in English and obtained an English language degree from Stevenson High School in Michigan, U.S.A.

Mr. Galindo obtained his bachelor’s degree in Industrial Engineering at the ITESM Campus Mazatlán in Sinaloa, Mexico. From 2005 – 2017, he worked for Coldwell-Banker Riveras and Pedregal developers, which have a strong presence in Los Cabos and La Paz areas, as real estate closing coordinator and also performing various activities which have given him a well-rounded experience in the legal aspects of the sector. He joined P&H Closing Services in 2017 specializing in real estate closings and Trusts (fideicomisos).

Mrs. Yuse Valdez obtained her law degree with a specialization in Tax Law at the Universidad de Las Americas-Puebla. In 2008, she studied English in Manchester, England for two years at EF International Language School and A2Z School of English. Upon her return, she obtained a Mater of Law Degree at the Universidad del Golfo de California, working simultaneously in the legal department of the Office for the Defense of Family and Children (DIF). In 2010, she worked at the trust office representing Banco Interacciones in Los Cabos, B.C.S. for a period of 10 years, focusing on Real Estate Trusts (Fideicomisos) in the Restricted Zone. From 2010 – 2020, Mrs. Yuse Valdez took different tax courses at the Instituto Superior de Estudios Fiscales de la Ciudad de México (ISEF), as well as courses at the University Anáhuac-Xalpa, where she completed a Certification in Real Estate Sales and Administration. She is part of the P&H Closings Services team since 2020.

Mrs. Lorenz is dedicated to providing quality care for ultimate customer approval, with over 15 years of experience in customer service and proven ability to establish and maintain excellent communication and relationships with clients and coworkers. Completely bilingual in both English and Spanish. Her work is focused on Administration and Customer Service.